Welcome to the AABA…


The All American Baseball Association was formed i

n 1999 to provide quality league play for exceptional travel baseball teams in the Metro Detroit area. It was affiliated with eight national baseball organizations providing league members the opportunity to play in World Series and National Championship events throughout the country.


As the organization evolved, the AABA started running World Series and National Championship tournaments in 2004.  It attracted teams from as far East as Connecticut, as far West as Kansas and as far South as Tennessee and even Puerto Rico. 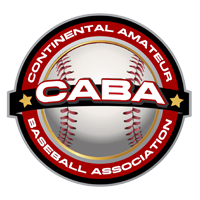 Since its origin, the AABA was affiliated with the Continental Amateur Baseball Association.  CABA is known as the Gold Standard of Amateur Baseball in the United States.  For over 30 years CABA has been putting on great World Series and other National Events all across the country.


Mark Andrus, founder of the All American Baseball Association, still serves as President and is the Tournament Director at all AABA events. Mark coached the Shelby Greyhounds, later known as the Michigan Greyhounds, for 12 seasons culminating in a CABA National Championship team in 2007.  That was Coach Andrus’s last game that he coached.  The game was won in the bottom of the 7th with a walk off home run.


Gerrit Ketelhut, who joined the AABA staff in 2000, serves as Tournament Director at all events in St. Clair Shores.  Gerrit also coached in the AABA and now is the Varsity Baseball Coach at Lake Shore High School.  Gerrit has 22 years of experience in running baseball tournaments.


If you have any questions regarding the AABA or CABA, please feel free to contact us.


Yours for Better Baseball,

A Proud Member of the Global Baseball Alliance

We're currently offline. Send us an email and we'll get back to you, asap.